Coffee and Me – a Lifelong Love Affair

The First Ever Sip

The story began in London in the early 1970s. My father had a daily ritual of sitting down with a mug of Nescafé to watch the evening news after dinner. Somewhere along the way I started to sneak little sips from his cup after it had cooled, and felt very grown-up 🙂

He's no longer around to ask why Nescafé rather than Maxwell House or Lyons, the major coffee brands at the time. But like Colgate, Kellogs and Tate & Lyle in their own spaces, it was probably just the first brand to come to mind.

I don't really remember the taste, only that I liked it, and liked it strong. Even though he was a doctor, there was never any comment about health problems, not sleeping or stunting growth. In fact, I think the whole ritual was part of an "unwinding" process that helped him sleep!​

A few years later, a trip to Germany to visit relatives changed everything. The most important thing in my aunt's kitchen was her filter coffee maker, replenished several times a day.

This thick, strong, aromatic brew was a revelation to my teenage senses.

When they came to London a few months later, we felt obliged to invest in the cheapest filter maker we could find, I think a Moulinex or Morphy Richards.

​Our trips to Sainsbury's now included a distinctive green and red box of Melitta Number 4 filter papers and a bag of the cheapest bag of ground coffee we could find. For me, the filter coffee smelled and tasted better much than the instant, but my father steadfastly continued with his Nescafé every evening.

The third formative experience of my relationship with coffee came in the form of a battered Mokka pot in North London filled with powder from the young Monmouth Coffee House.

I met two older cousins, university students who were the first bohemians I'd ever met - today we'd probably call them hipsters. They introduced me to a weird metal pot heated on a cooker​. It produced a strong, intense drink that was also called coffee, but unlike anything I'd ever seen before, let alone tasted.

With the unshakeable confidence of youth, they told me the only place to buy coffee from was the Monmouth Coffee House. A few days later I was in​ the queue outside the cramped store in Covent Garden, The two memories of that day are the amazing aroma, and the sense of being overwhelmed when asked what I wanted.

If I remember rightly, in those days the store sold beans, and only made coffee so customers could taste whatever they were thinking of buying. ​

University followed soon, and then the world of work - and with them the habit of drinking coffee in coffee shops. In the mid and late 80s, there were no coffee store chains, certainly not as we know them today.

By 1990, my morning commute through central London involved walking through Soho Square and getting two espressos from a place called Caffè Nero. There were only a handful of them around London, and that was when they rightfully earned the accolade "The best espresso this side of Milan" by Tatler, a quote they still use today.

The other place where I drank coffee was a small chain called Costa Coffee. It had been set up in the early 1970s by two Italian​ brothers, who rued the absence of decent coffee in their new home. Like the Monmouth Coffee House, their origins were primarily in providing beans, but by the time they sold the business, the company we know today had been born.

An Endless but Satisfying Quest for Home Coffee Equipment

With my first kitchen came my first coffee maker, the first of many I've owned, used and tried to master over the years.

After several electric filter (drip) machines, I now manually pour over Chemex filters in a simple glass flask when I want filter coffee.​

I've worked my way through a handful of electric espresso machines, including a gorgeous looking chrome Bugatti model. But until I win the lottery, I've paused for now with my Sage (known as Breville outside the UK) Dual Boiler. It's far from perfect, but makes the best espresso I've ever made at home, and was unmatched for the money when I bought it.

After umpteen grinders (with hindsight, mostly ​lousy), I now use a Eureka Mignon every day, with a Hario glass and ceramic manual model as backup. If the kitchen had more space, it would probably be a Mazzer Mini instead.

I don't have a French Press anymore. I gave up before the new generation of sludge-free, multi-filtration designs hit the scene. Maybe next?

After travels to Italy, India, Japan, Turkey and the Middle East, I've added​ a Mokka pot, steel Indian filter maker, Turkish jug and Japanese cold brew maker. All of them get used regularly.

Finally, there's a time and place for everything, and I'd like to think I'm a coffee lover rather than a coffee snob. So there's also a Nespresso​ machine and two jars of instant in a spare corner. Also regularly used.

Around the World in (much more than) 80 Coffee Shops

I've been fortunate enough to have had a day job that's allowed me to travel extensively. It's allowed me to discover coffee shops in many parts of the world, and experience not just coffee in new places, but the evolving coffee culture that's spread around the world.

There have been many high spots, and it's impossible to pick any one as the "best". Three of my most memorable highlight​s span three very different parts of the world:

Drinking caffè corretto ​at a Madrid train station at seven in the morning is something I haven't repeated, but joining the commuters getting a pick-me-up of espresso with grappa before going to work is a vivid memory!

I entered my first modern-day hipster coffee bar​ in Melbourne, at a time when London still hadn't even discovered Starbucks. The Aussie coffee culture has travelled well, but it still feels very different 10,000 miles away.

And finally, India has given me the memory of street-side coffee stalls with their tiny cups of​ delicious, addictively sweet, milky coffee. It tastes much, much better than it sounds . . . I also can't resist popping into a Café Coffee Day (India's home-grown Starbucks) for the retro experience they call Siphon coffee - a single-cup version of the classic Cona coffee maker.

I've always loved writing, and have now shifted my career to digital publishing, This has given me access to a whole set of tools, skills and resources - hence this website.

I've created thecoffeeadvisors.com to share my experience of coffe, and help others enjoy this fabulous drink as much as I have.

If I can help you - especially to avoid some of the mistakes I've made discovering what I like, how to make it and where to find it - then I'm happy. I hope you will be too. 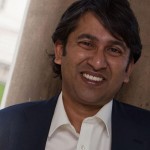